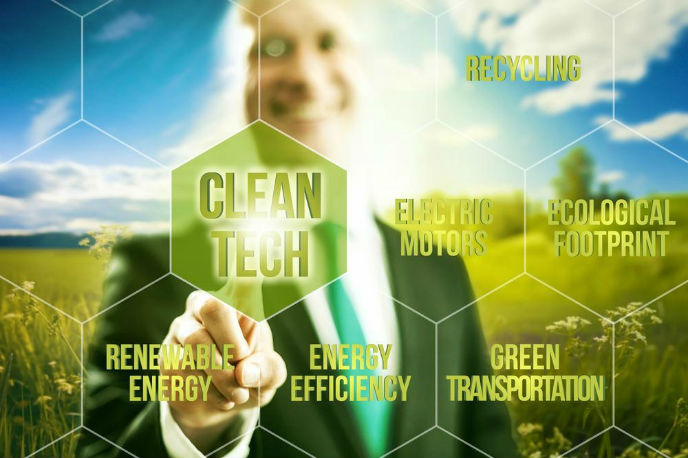 We could count the innumerable advantages technology has offered our generation; I won’t fail to say that I have woken up on several occasions and wondered how the past centuries survived the life of boredom; a life devoid of technological gadgets to spice up the day. Have you ever imagined a world without smart phones, cars, WIFI, tablets, computers, and social Medias? A world as such to me is no better than wandering into a haunted zone with zombie assailants at your heels. So I believe we owe a great deal to the droves of men that contributed to rid us of the Stone Age and its uneventful activities by creating the tech age.

That being said, there is still a question as to whether technology in the true sense has saved its generation or has disgustingly brought the global environment to the walls of ruin. The advent of tech edge was accompanied by enormous environmental pollution (noise, air, water), cyber attacks, Internet frauds, insecurity in privacy, memory degradation, social isolation, low value of human workers, weapons of mass destructions, addictions, accidents, just to mention but a few . These unattractive vices that escorted the train of technology has been issues of profound concern to every country and the globe at large hence the call for a global mission to achieving clean technology.

What Then Is Clean Technology / Cleantech / Greentech?

The concept of clean technology of technology or eco-technology which was coined in the American financial sector is a process by which companies reduce the negative impact on the environment, it encompasses all the measures taken to reduce and eliminate the negative environmental impacts as well as encouraging economic and social development. The whole essence of clean technology is not to reduce productivity but to ensure that environment and its people are safe while high tech sectors carry out their activities. Such technologies are relatively new sustainable energy sources, such as wind and wave power, or improved conventional energy production processes, such as smart electric grids.

While green tech has become increasingly popular in the modern age, elements of these business practices have been in use since the Industrial Revolution. Beginning in the early 19th century, scientists began to observe the ecological impacts of coal-burning industrial plants, and manufacturers have sought to reduce their negative environmental externalities by altering production processes to produce less soot or waste byproducts.

In the United States, one of the most important milestones was the Second World War. In order to reduce consumption and waste, more than 400,000 volunteers began collecting metal, paper, rubber, and other materials for the war effort.

Following the war, scientists like Rachel Carson began warning of the consequences of chemical pesticides, while doctors abroad reported mysterious illnesses associated with nuclear radiation. Many point to this era as the genesis of the ecological movement, which sought to preserve ecosystems and resources while raising awareness of the consequences of runaway technology.

There are five major sectors when it comes to the global pursuit in achieving clean technology and they include:

Control of emission: In the current global adaptation of clean technology, many methods have been put in place to reduce global emissions and such methods include the use of sustainable energy resources, the modern transition from highly carbon prone gasoline vehicles to the use of electrical cars like the Tesla products.

Monitoring the pollutants: Most states especially in the United States have employed the use of air monitoring technology to provide the yearly pollutant in the states.  Some other developed countries make use of drones and satellite so as to monitor accurately the pollutants in the country. When these pollutants are discovered the government launch into action to bring remedy to such situation and as such the environment experiences a relief from pollution.

Clean Water Production: Clean Technology as regarding to water production has to do with the treatment of raw water so as to guarantee its safety for use, the discouragement of large industries to disposing industrial wastes in the water and the conversion of waste water through the water recycle techniques.

The deviation from carbon fossil fuels has been the most effective method of achieving the goal of clean technology.

Solar Energy: In harnessing the energy of the sun, two techniques are usually employed which are the Photovoltaic and the Solar Power Systems. Photovoltaic cells convert light into an electric current while the Solar Power System just leverages lenses and mirrors in focusing a beam of light directly onto a small area, after which it is converted into heat, this heat drives the heat engine and hence electricity is generated.

Hydroelectric Energy: Gravitational forces of falling water are harnessed in this mechanism to produce electricity. This hydroelectric energy is known to produce little or no green house gasses hence falls in line with the mission on achieving an eco friendly technology.

Wind Energy: This type of sustainable energy is achieved by making use of sited wind farms. Wind farms are made up of large group of individual wind turbines which are interconnected, the motion of this wind turbines generate electricity devoid of carbon emission.

Consumer Products Recycling: Most of the products used by consumers are made in a way that they can be recycled after usage  hence clean technology mission implies that once these products have been used, they should undergo proper sorting and recycling.

Smart Agriculture Optimization: Agriculture happens to be among the front liners in global warming contribution. one way of cueing into clean tech and making agriculture smart is by the use o f hydroponics. This has to do with cultivation of plants without the use of soil, in place of soil, water enriched with nutrients is used. This method of smart farming is known to take less space than the regular farming and crops can be grown anywhere, also it involves the use of less water.

The Future of Clean Technology

A drone developed by Latvian Aerones uses its 36 propellers to carry and project a de-icing agent. It reaches extreme heights, maintaining turbine efficiency in freezing temperatures. The robot increases workers' safety by allowing professionals to control the device from the ground level.

SMProbotics generated an autonomous security device that detects motion on solar farms. It distributes real-time footage to professionals off-site through Wi-Fi. The system can also differentiate an authorized worker from an intruder on the farm.

Another use for robotics on solar farms is layout drones. Over time, weather elements and advancements cause technology to change. Maintaining system functionality through alterations is challenging.

Raptor Maps uses drones to scan solar farms for structural deficiencies. The drones relay data back to a computer system, which analyzes images and identifies issues. Professionals can then decipher whether the system needs panel replacement or restructuring.

Offshore wind turbines rely on structural stability within the seabed. Significant degradation may occur if the foundation is damaged. Fortunately, professionals developed a sub-sea robot for turbine platforms.

The U.S. sources 7.3% of its energy from hydropower, accessing 291 billion kilowatt-hours per year. Biden hopes to increase our clean energy sourcing and reduce our reliance on fossil fuel-driven electricity. We can meet this goal by expanding the hydropower industry.

The robots can identify foundation cracks and debris obstructions. They also improve workers' safety by removing them from dangerous waterways. Professionals can access real-time imagery and conduct maintenance on land, preventing physical harm.

Robotics are working their way into various facets of life, controlling our homes' temperatures and identifying hazards on the roads. Adding autonomous technology to the renewable energy industry can significantly improve efficiency and expand our clean power access. As the sector grows, we can develop a zero-emission energy grid with the aim of reaching national carbon neutrality.

The need to embrace clean technology

With the population rising and environmental threats increasing, it really is a necessity to increase sustainability efforts across the globe. We are seeing drastic changes in our natural environment, so we need to take action before matters get worse.

Water is becoming scarce, we are seeing more and more animals face extinction and the Earth’s average temperature is soaring. Sadly, a lot of the causes for these negative changes are due to human activity, so we need to reduce these harmful actions with sustainable technology.

The green technology market was reported to be worth 11.2 billion USD in 2020, and is anticipated to reach 36.6 billion USD by the year 2025. Awareness on the topic of sustainability is growing, and along with awareness comes those willing to take action. We can expect to see clean tech in even more spaces than we currently have in the future.

The globe had come a long way in making technology usage and industrial processes safer for all hence I believe if there is a chance we will overcome the looming disruption of the world due to the side effects of technological processes then all of us should invest towards accepting a clean green and eco friendly technology.