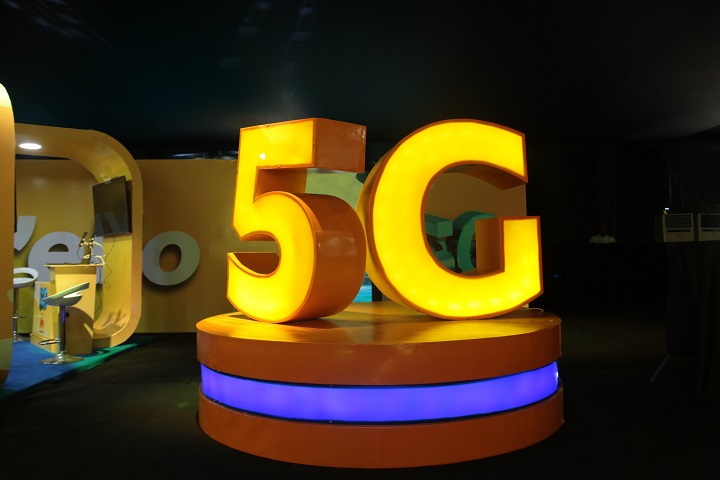 The Build up to 5G Introduction in the country

The long walk towards 5G actualization in Nigeria has come to an end or should I say has just begun.

The year 2019 and 2020 saw the introduction of this 5 Generation network being met with so much skepticism, quite a number of people asked the critical questions as to the viability and the safety of this modern technology in a West African Country like Nigeria. There were quite numerous concerns and misinterpretations which held back the 5G innovation.  While majority of countrymen feared that the sudden introduction of 5G was likely to pose health deformation that the country can’t control, others were not even excited the least, rather their ultimate worry was the rising cost of making calls, the increasing number of calls that were dropped by the mobile network company and the calls and messages that were aborted.

I would mention that not everybody had a damning thought as to the introduction of 5G network many years ago. Some of us accepted it and called it a welcome development, quite another thriller that has come to change the Internet age. Few people saw the likelihood of the 5 Generation network to spur industrial revolution.

Many years ago, the Nigerian Communication Commission (NCC) were also pessimistic as to the integration of 5G when they said that the poor power supply and inadequate fiber infrastructure of the country would serve as impedance to the development of 5G network in Nigeria. Engr. Bako Wakil who was the director, Technical Standards and Network Integrity, once disclosed that the country in her attempt to deploy Commercial 5G Network will face two major challenges as mentioned above;  Not enough fiber infrastructure and inadequate power supply in the country.

He further stated that the poor infrastructure would pose a major challenge to be witnessed by 5G across the country.

“As it stands today all the base-stations in the country are running on 24 hours generator and this is not good for the deployment of 5G because its latency is very small.

“These two major infrastructures are crucial impediments in the deployment of 5G in the country.”

Wakil, also stated that, the 5G Network is one that will require more, in terms of electricity than the 4G that, we are currently running.

The Rollout of 5G by MTN

Eight months after paying a huge sum of two hundred and seventy six million dollars for license, despite the numerous ups and downs that had played against the odds of 5G network in the years past,  Last month precisely the 24th day of August 2022, MTN was given the go ahead order; the company announced that it has begun its pilot test of 5G Network in the country. This sudden right given to the Multinational Telecommunication company further cemented the company’s status as the true force in telecommunication leadership so long as Nigeria as a country is concerned.

The network at present can only be accessible from cities in these seven states iwhere it has been launched; Lagos, Abuja, Imo, Oyo, Rivers, Kano and Borno State. Eighty one locations in Lagos, forty two locations in Abuja, thirty locations in Portahacourt and about thirteen locations in Oyo State.

MTN wants its customers to pre-order the 5G routers directly from MTN Website for the sum of fifty thousand Naira and this will be available in the states I have already listed above. People using the 5G enabled and connected Samsungs are likely to access it this month being September while the iPhone users will be waiting until the month of October before they can access the 5G Network.

Even before the present day, MTN has already displayed the various use cases wherein this 5G introduction will improve activities. Such places include the teaching sector, logistics, surgeries, entertainment. Also one has to pay a very close attention to the exact location because the signals of 5G is quite different from that from the 3G and 4G.

MTN also has plans to chase more high value markets as it also plots to bring 5G devices to every city, every neighborhood and the very doorsteps of every home in the country.

The current users of MTN 4G coverage stands at 75% and the company is not at the present planning to hit 100% with the 4G network as it switches focus to 5G Network.

“So today we started another phase in our journey to brighten the lives of our esteemed subscribers. Yes today we turned on the 5G spectrum and kicked off our 5G pilot. 20,000 customers with enabled devices can now try out our next-generation network where coverage is available. So seeing 5G on your phone? It means you’re part of the pilot. Welcome to the wonder of 5G!”

Most people have complained about MTN data consummation but the bad news that comes with the 5G network is that unlike the 4G and the lower G’s it will invariably require more data for the seamless experience the network provides. Although the margin might not be something so much to handle, that is to say that it will not be much more higher than data consummation in 4G Network. For instance, while streaming a Youtube video on a network that is 4G , the maximum resolution that can be obtained should be about 4k. With the newly introduced 5G, the maximum resolution as well does not exceed 4k hence the implication becomes that the data expense remains the same.  Users should note that a speed test with 5G network will cost more data due to the fact that this 5G Network has the capacity of transferring more data in the speed test process.

The two major ways as stated by the telecom company to connect with the 5G network for now in Nigeria are by using the MTN 5G router or by making use of the MTN 4G sim card on a phone that is 5G compatible and 5G enabled like some of  the Samsung phones, Redmi, Huwaei, Xiaomi and the iPhones.

These 5G enablement program happen to be the backend integration of the phone models into 5G network which enables the phones to have access to MTN 5G services within the sites accredited in the country.  The router which happens to be the second option is a non-restrictive means for everyone to access the 5G Network in Nigeria. with this router, users can then connect any device of their choice to it through the WIFI and enjoy a high speed internet access.

Many testing have been carried out to compare the speed of these routers relative to that of phones and simcards. In one of such testing, a 5G enabled phone user was able to experience an outstanding speed of 1400 Mbps while another user with a phone of lower version recorded much lower speed of 40Mbps which means that the phone specifications also has quite a lot to contribute to the speed or rather said the experience of the 5G network.

Likely impact of MTN 5G network to the country Nigeria

According to the disclosure by Nigerian Communication Commission (NCC), the introduction of 5G spectrum will provide numerous benefits and opportunities that will accelerate smart living and altogether growth in the country. Due to the very high speed and low latency associated with the 5G spectrum,  it will bring about substantial improvement in Network. Both the fintechs platforms and the e-commerce platforms in Nigeria will benefit immensely from 5G Network, reason being that these companies have even recorded some ground breaking achievements long before the introduction of the 5G. Also there is a huge chance that deploying the 5G in Nigeria will have a contribution in transforming this country into somewhat a digital economy through investments in digital infrastructure, particularly broadband which is a key driver for digital economy growth.

It is a known fact that Nigeria’s digital industry is one out of the few sectors that have been of well performance despite the multidimensional problems engrossing the country at present. The significance being that the deployment of this technology will therefore will strengthen as well as improve the country’s digital economy which we can say is already thriving.

It is a thing to applaud that the Information Communication and Technology (ICT) sector of the country has continued to hold up to its stands as one sector having the highest growth rate of all the major sectors in the country’s economy. This digital economy is known to have direct impact on almost every other sector in the country. The 5G network has been predicted to aid in tackling insecurity which in the recent times have proven to be the most challenging issue presently being faced in the country. Through the usage of 5G Network, it can be used to operate equipments like drones which will be used in surveying dangerous areas in the country hence sending signals to security operatives about the hideouts of hoodlums. This might eventually turn out to be the ultimate salvation our weeping country has been waiting for to address the escalating security crises.

Some Cons We Might Expect From The 5g Introduction

In many reports from different parts of the world, the 5G connection is really unstable. The average network speed for 4G is about 20Mbps. However, while 5G connection speed can get as high as 500 Mbps, it never really gets above 100 Mbps in many cases. Well, this is still high relative to 4G and it will be good only if it’s stable. The issue is, it is not always stable.According to multiple reports, 5G connection especially in the U.S. gets as low as 30Mbps – 50Mbps.

No one can say to have more knowledge as to what this introduction might be and what it will not be. We can’t just sit back and judge whether it will bring the best of times of the worst of times but the best we can do at this point is to look on the brighter side and hop that the 5G rolling out lives up to expectation and at same time help Nigeria through these difficult times.

If you have a comment or something to add, please feel free to drop it in the comment section below. we will appreciate a response from you.